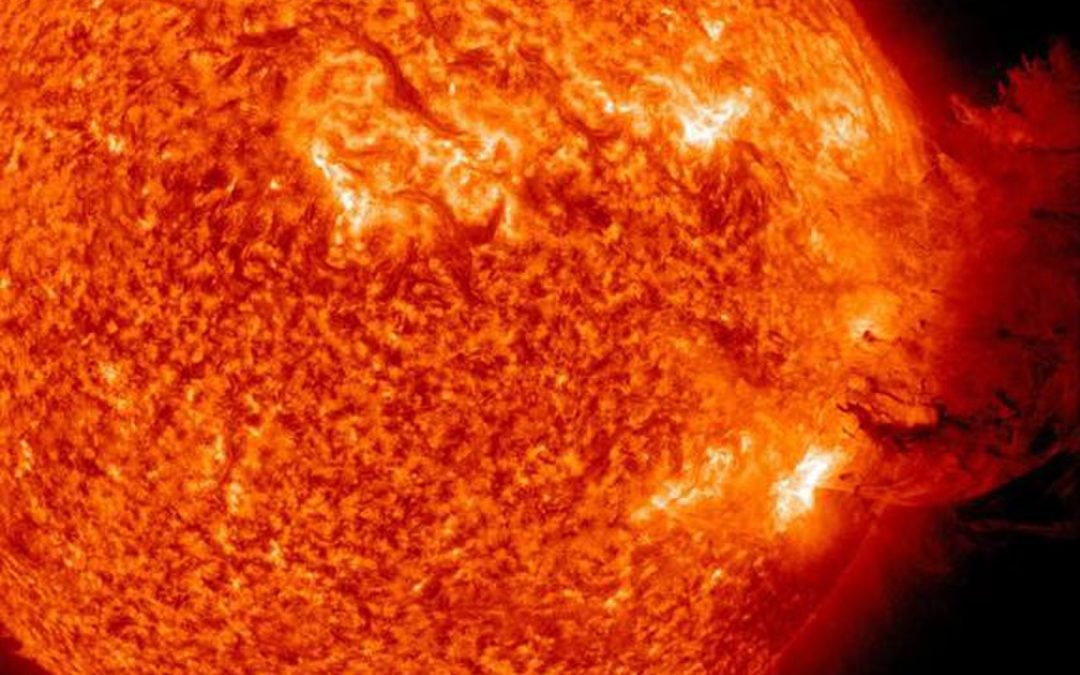 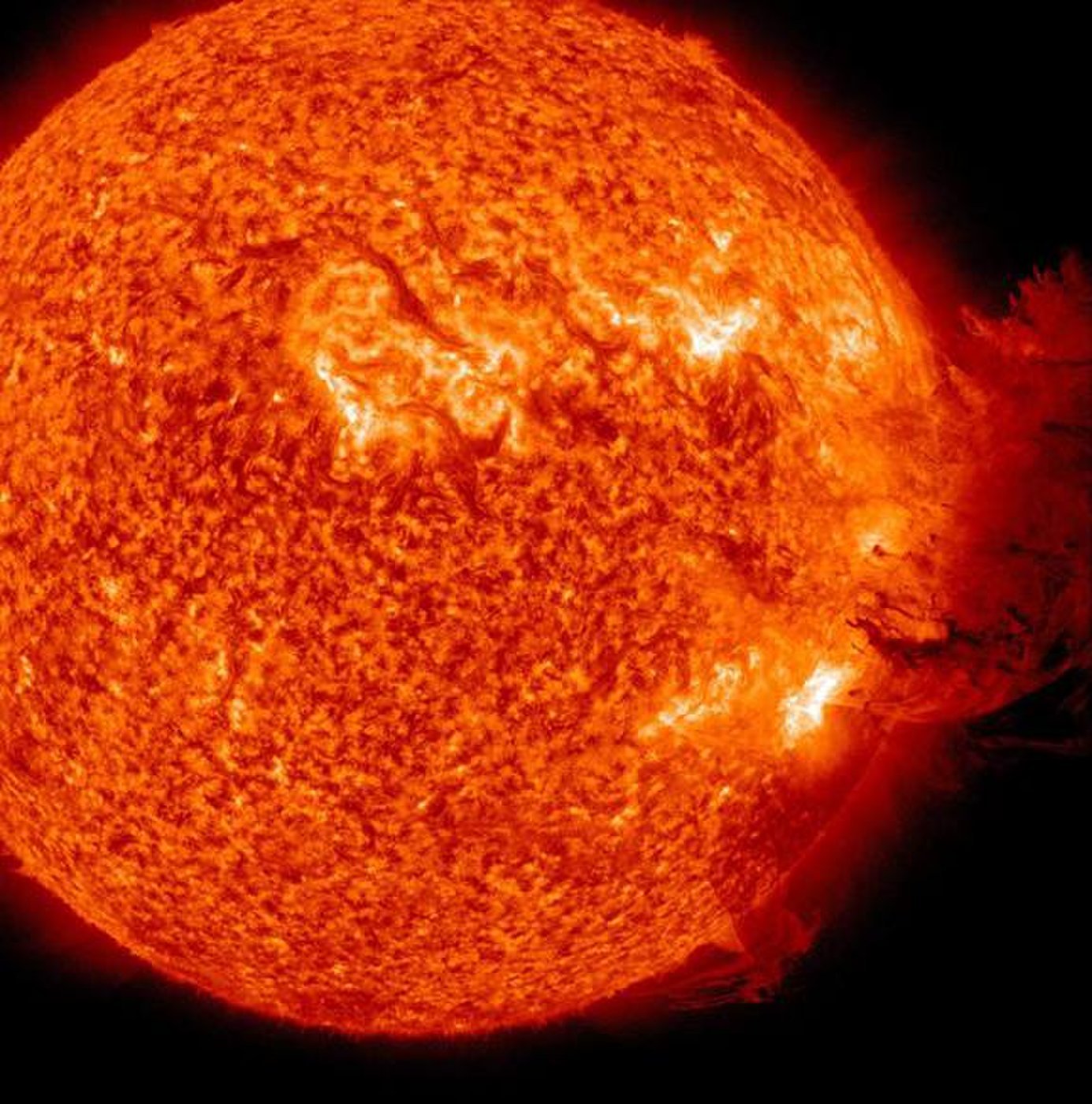 The sun may be 93 million miles (149 million kilometers) away from Earth, but commotions on our nearest star have consequences much closer to home, which is why scientists have a keen interest in studying changes in the sun’s activity. The sun’s temper varies on an 11-year cycle, typically taking about 5 1/2 years to move from the quieter period of solar minimum, to the more turbulent solar maximum. One of the ways solar physicists monitor the solar cycle is by studying the surface of the sun for dark splotches called sunspots. These short-lived patches are caused by intense magnetic activity and tend to cluster in bands at mid-latitudes above and below the equator. Sunspots sometimes erupt into powerful solar storms that shoot streams of charged particles into space, occasionally in the direction of Earth. Some powerful solar storms can bombard Earth’s magnetic field and disrupt power grids or knock out satellites in orbit around the planet. A number of satellites and observatories, including NASA’s Solar Dynamics Observatory (SDO), collect a constant stream of data from the sun, and act as an early-warning system for major space weather events. Currently, the sun is in the midst of Cycle 24, and the star is swelling toward a maximum in 2013. An extremely long stretch of subdued activity in recent years puzzled astronomers, and many solar physicists are working on developing better forecasting models of the solar cycle. And while the sun appears to be ramping up activity as it heads into the solar maximum, several new studies are predicting that after this peak, the sun’s activity could see a significant drop in Cycle 25. The findings of three new and separate studies that examined fading sunspots, a missing solar jet stream and the strength of the sun’s magnetic field, show that even as the current sunspot cycle gears up, activity during the next 11-year cycle could be greatly reduced, or even eliminated.